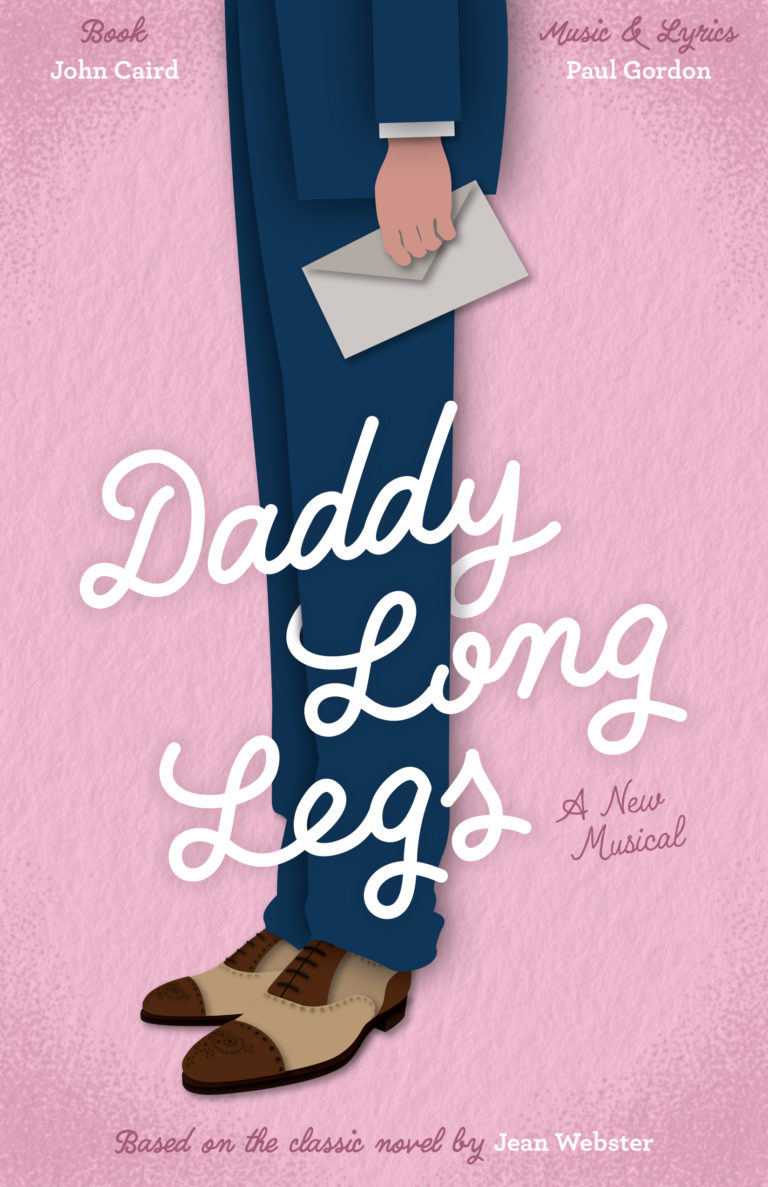 I had never heard of this musical and many of you may not, but don’t let that stop you from seeing it. Some may remember the 1955 Daddy Long Legs movie with Fred Astaire and Leslie Caron. Some may know it was based on a novel written in 1912 of the same name written by Mark Twain’s great niece Jean Webster. What the inspiration was to turn this into a staged musical is hard to imagine, but in 2007 John Caird (book) and Paul Gordon (music and lyrics) developed this as part of the Ann Deal/Fashion Forms Plays-in-Progress Series at Rubicon Theater in Ventura County in 2007. It co-premiered in TheaterWorks Silicon Valley and Cincinnati Playhouse in 2009 with a brief stint on the West End and a longer run Off-Broadway where it became the first Broadway or Off-Broadway show to be live streamed in December 2015.

Daddy Long Legs is the result of how nurturing artists in the US can create some wonderful works that would never have had the opportunity without these programs. When I looked at the program and saw that the cast consisted of Jerusha Adams (Samantha McHenry) and Jervis Pendelton (John Cleary) I was surprised. Rather than constructing Daddy with supporting characters, Caird decided to weave an intimate tale that consists mostly of letters being written and very little actual interaction. It may sound unusual, but let me assure you it is extremely effective. Think of it akin to Love Letters but with music.

Jerusha is an aging orphan at the John Greir Home run by Mrs. Lippett. Orphanages around the turn of the century were not known for their warmth and Mrs. Lippett is no exception. Jerusha tells us all about it using essentially singing monologues. McHenry is absolutely captivating as Jerusha, which is absolutely imperative as she carries so much of the show. She has a beautiful voice, youthful exuberance and embodies the character completely. She explains how she was called into Mrs. Lippet’s office and, on the way there, spies a shadowy figure that looks like a daddy long legs spider. When she gets to the office, she learns that a man, known only as Mr. Smith, has come forward to pay for her to attend college. Remember, this is 1912, before the suffrage movement, and women didn’t usually go to college. There are 9 stipulations, but the most important is she is to write a letter each month. Mr. Smith states he will never respond and that she should never thank him, but only write of her life.

As she writes about her Freshman year, we are introduced to Mr. Smith, whose real name is Jervis Pendelton. We see her writing and him reading the letters simultaneously during many duets and scenes. The interactions are woven together and the first act sets the stage for the unusual relationship. Those familiar with the movie may know that the more Jervis reads the letters, the more captivated he is by Jerusha. Despite Jerusha’s image of him being an elderly and possibly ancient, benefactor, Jervis is actually a young man who despite his parents’ greedy nature has a philanthropic streak, which is why he pays for orphans college education anonymously. However, Jerusha is his first female as he is concerned that a girl will simply use college to marry well and not actually finish or hold a career.

By the time the first act ends, Jervis has finally met Jerusha as himself, keeping his dual identity as her benefactor a secret, in addition to creating a third nom de plume as Mr. Smith’s secretary. Cleary excels in striking the right balance of emotions. As he portrays the vulnerable, socially awkward, jealous, caring, confused Jervis we understand how complicated it all is and how he fears exposing himself as Mr. Smith. As the second act unfolds, both characters are torn between so many things, just as we are in real life. It’s a very humanizing book that shows that we are all similar despite our upbringing.

Director Sarah Crawford has a challenge with a two person musical with no antagonist and is mostly conveyed in written letters. So often in musicals, acting takes a back seat to singing. But in a show like this, the acting is imperative and Crawford has inspired some marvelous reality to the characters. The staging overall was smooth and the set pieces consisting of mostly trunks were seamlessly integrated into the actor’s movements. There were two minor flaws I felt could be corrected. As the theater is a ¾ stage, I felt that the audiences on the sides, which are less expensive, too often are not seeing the actors. I suggest center seats for this show. The second was the staging and performances at the end of the show. I would have liked to see more of a connection and the various emotions of the characters. That being said, neither was a major detraction from an all round wonderful show.

On the technical side, scenic designer Julia Ubert crafted a wonderfully simple, yet appropriately elegant set. The delineation of playing spaces made it very easy to see where we were. Lighting designer Nicole Jaja helped with this, but there were times as Jerusha was crossing the stage that she walked into darkness before the next pool of light came up. Perhaps it was just a timing issue that will work itself out, but it was a bit distracting and frankly, the moving pool of light was unnecessary with such superb performances.

This is definitely a show worth seeing. No, it’s not a huge spectacle production like so many we are used to. It has warmth and heart. It uses the strength of an intimate space to create intimate performances with music and lyrics that are moving and very humanizing. It closes this weekend so don’t wait. Shows are Wednesday through Saturday at 7:30 and Sunday at 2:00. Get tickets today by going to the Spinning Tree Theater Website.